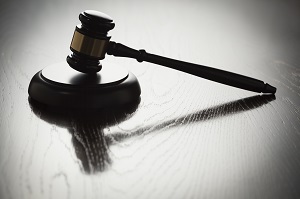 There has been a great deal of uncertainty surrounding the EB-5 program for the past several years. The possibility of reform has been looming, and the expiration of the EB-5 program has been narrowly averted on numerous occasions. Despite this uncertainty, one thing now seems certain: change is coming soon.

Recently, USCIS announced that—if Congress does not take prompt action to reform the EB-5 program—it will institute its own changes. USCIS is giving Congress until April of 2018 to pass new EB-5 legislation. If Congress does nothing, USCIS’s announced reforms will go into effect.

Such an increase to the investment amount would significantly reduce the number of EB-5 applications, as far fewer families would have the financial means to apply. This would pose a serious threat to the viability of the EB-5 program and its goal of boosting the US economy. Given that USCIS is undoubtedly aware of this, it is safe to assume that the announcement was meant to pressure Congress to pass sensible EB-5 legislation.

While these changes would go into effect in April, 2018, Congress is facing its own deadline. Recently, Congress passed a Continuing Resolution that extended the EB-5 program until December 8, 2017 (formerly set to expire in September, 2017).

While nothing is ever certain in politics or immigration law, given the pressure that Congress is facing, it is reasonable to expect that Congress will indeed pass EB-5 legislation.

In addition to investment increases, USCIS announced its plan to institute a number of other changes to EB-5 procedures and processing, which are somewhat technical in nature.

One change involves the designation of Targeted Employment Areas (TEAs). TEAs are areas of high unemployment that permit applicants to make smaller qualifying investments. (Regional Center investments are virtually always made in a TEA, which is why they have required a $500,00 investment, rather than $1 million.) In the past, individual states were given the job of designating certain areas as TEAs. For complex reasons, this led to considerable inconsistency in TEA designation. In the reforms recently announced, USCIS would have direct control over TEA designation, thereby addressing the inconsistency.

The announced reforms also addressed applicants who, for a variety of reasons, are required to submit a new or revised petition for reasons outside of their control. USCIS clarified that these applicants would not lose their original priority date for EB-5 processing. That is, these applicants would not lose their place in line to have their applications processed. (This place in line is specified by the date one’s original application was filed—the so-called “priority date.”)

If you want a Green Card for yourself and your family, the EB-5 program may be the best way to achieve your goal. However, I urge you to act now. While we don’t know what the future will bring, the best outcome we can expect will involve an increase to the required investment amount.

If you have any questions, please don’t hesitate to reach out to our investment immigration lawyers. You can contact us here or call 415-221-2345.